Finished the introduction of wavelength, let's begin the topic of Laser Beam Power :

There are five classes for laser beam power: class1, class2, class3a, class3b, class4. Class 1 laser beam are the minimum among these classes while class 4 are the strongest. Here are the details about them:

Class 3a: output power between 1mW and 5mW.

We mainly talk abou the laser beam power of class4. 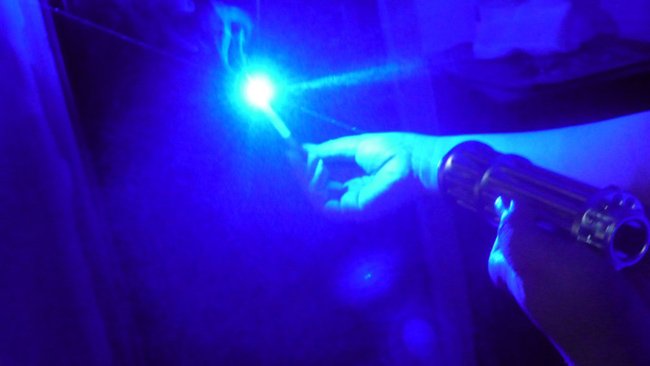 This is a picture from one of our most popular laser pointer , the laser beam power comes to 30000mW (30W). It can pop balloons, light matches instantly.

This blue laser pointer own an output power of 10000mW(10W), it belongs to our most popular laser series - ARES LASER . Functioning with internal cooling and unlimited duty cycle makes this blue laser pointer capable of a lot of cool things.Nowadays, the battery is almost everywhere in our daily life. It can be said that the battery is a great invention in the course of human social development. The use of batteries as a source of energy, used in household appliances, electronic products, etc., in all aspects of modern social life plays an important role. With the extensive use of a large number of batteries, some lawless elements drilled loopholes, a large number of fake and shoddy batteries in the market activity rampant, making some undisturbed authenticated customers frequently deceived.

The stronger the laser beam power is, the further the beam distance can reach. Class 4 laser pointer has been widely used as astronomy laser pointer for stargazing. Some laser pointers that own a durable and waterproof shell can also be used as military laser at outdoor activities.