The spectrum of yellow laser light (amber) propagates between the wavelengths of 589nm ~ 594nm and manufacturers have long desired to efficiently reproduce these amazing colors. DPSS lasers ushered in a new era of possibilities for the laser beam by allowing multi-spectrum miniaturized lasers to become reality. This is done by laser diodes into crystal and optical arrays to achieve a broader range of spectral lasing. Much like the way DPSS green lasers have been produced in the past, yellow lasers are now popularized by the same principles. 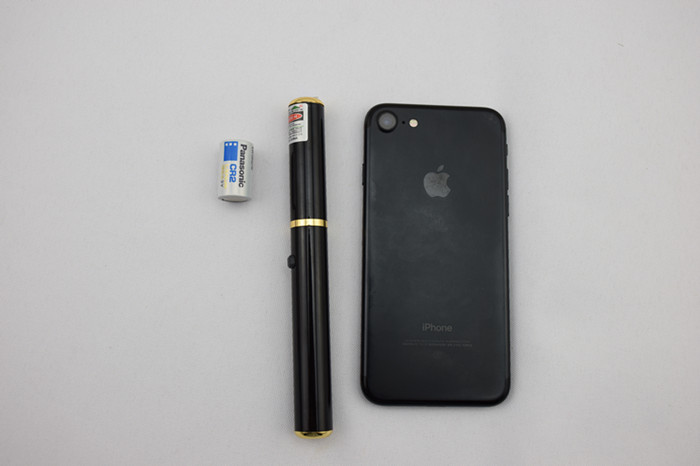 Yellow pointers appeared less than 5 years ago and with evolving new technologies and innovations, yellow lasing techniques have successfully migrated into the portable laser pointer format. Laser enthusiasts can now have exclusive ownership of ambers and yellows at an affordable price. Like the color of the sun, the 593nm yellow wavelength is a beautiful representation of what DPSS lasers and smaller laser pointer technology can bring to the laser industry. They have become one of the mainstream wavelengths of choice for manufacturers and enthusiasts who want to put more spectrums into their laser or laser pointer collection.

Lasing yellow laser beams and the process in which they are propagated is a milestone in achievement within the laser industry. Lasers are becoming more affordable with an increase in output and popularity. Currently, the industry is seeing a recent evolution in the development of the worlds first green laser diode. Likewise, yellow lasers will migrate from diode pumped crystal arrays to new technologies which will negate the need for MCA/MOA configurations. Effectively, all DPSS lasers will be replaced by solid state diode allowing for higher stability, increased output, and longer laser diode life. There is no doubt yellow laser pointers are here to stay and only time will tell when they will be as common as the laser pointer pen.Increasingly, green laser pointers have become more popular, though they are generally more expensive than their red-colored counterparts, with many models costing upwards of $100 in 2012. Green lasers are simply more powerful than red lasers. They are much brighter and can be seen from much greater distances, even while operating under 5mW. Of course, this also means that green lasers are potentially more dangerous than red lasers. When operating this type of laser, it is important not to point it into anyone's eyes or to point it up in the sky towards any airplanes, which is actually a federal offense in the United States.